On the 4th October the official opening of the Hornibrook Highway by the governor Sir.L.O.Wilson.

Manuel Hornibrook’s words captured the excitement on Friday 4 October 1935 when the longest bridge in Australia spanned the 8,806 feet (2,686 metres) between Sandgate and Clontarf.

He said “The hour is come” as he drove over his creation that enabled Redcliffe, severely handicapped by lack of transport since the abandonment of the first white settlement in 1825, to be rediscovered for its natural beauty and as Brisbane’s most pleasant seaside suburb.

A concrete draughts-board was built in 1937, providing entertainment and was much appreciated by the inmates.

The Benevolent Asylum, however was deteriorating rapidly, to the point where some buildings were deemed unsafe. Issues also arose over the inadequate water supply to cope with the population, and a cemetery that was almost full. 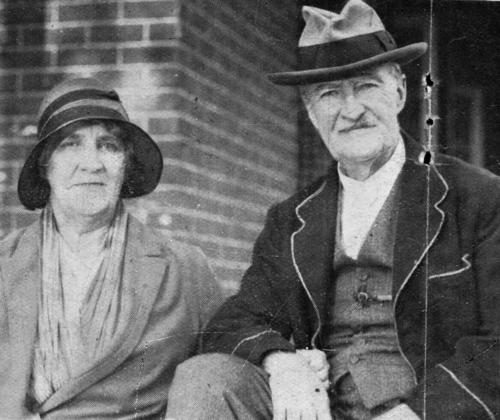 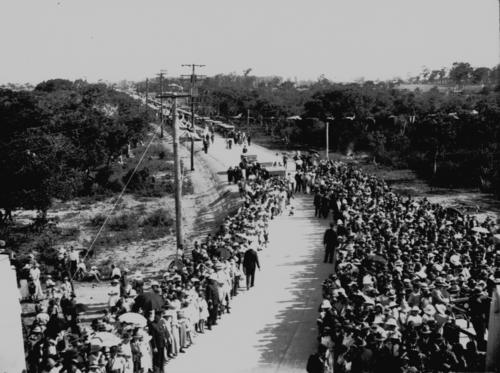 Governor of Queensland, Sir Leslie Orme Wilson, arrives at the official opening of the Hornibrook Highway, Redcliffe, 1935. from The State Library of Queensland. 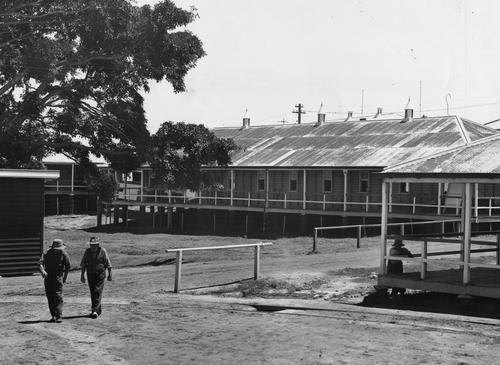 Dunwich Benevolent Asylum 1938. from The State Library of Queensland.