Overcrowding of wards became a serious issue, with some wards being deemed “unfit for human occupation". This resulted in wards 11 and 20 being evacuated, and in 1904 inmates were housed in tents.  Many improvements continued to be made within the facility in following years.

A new steam kitchen was built and implemented, resulting in faster food preparation for the inmates.

The Sandgate Town Hall replacement was built in 1911 at 5 Brighton Street, Sandgate in closer proximity to the Sandgate railway station and the Sandgate Post Office.

A site plan from 1913 illustrates the development of the growing benevolent asylum, which expanded the original quarantine station layout and was established on the high ground in a "u" shape around a lower lying open space (now the public reserve) that fronts the beach. It is reported that the area was used as a community green space for asylum residents and visitors to the establishment and included a beach swimming enclosure in a similar position to the current facility.

The success of public health measures and the improvements in medical science are shown by the fact that only two deaths occurred at the Quarantine Station after 1919.

Approximately 15 Aboriginal women were employed as cooks, nursing assistants and domestics including in the houses of the senior staff of the Asylum. The Aboriginal workers formed a substantial part of the total work force for the asylum, at times over half, right up to its closure in 1946. 11 Aboriginal workers were paid in rations but from the 1920s onwards took action to be paid wages. This was successful in 1925.The actions included petitions to the Medical Superintendent and the Home Secretary, representation to the Arbitration Court by the Australian Workers Union and industrial action.

Elisabeth and Althea from the North Stradbroke Island Historical Museum discuss the history of the Dunwich Benevolent Asylum. This digital story was made by the State Library of Queensland with funding from the Queensland Government. 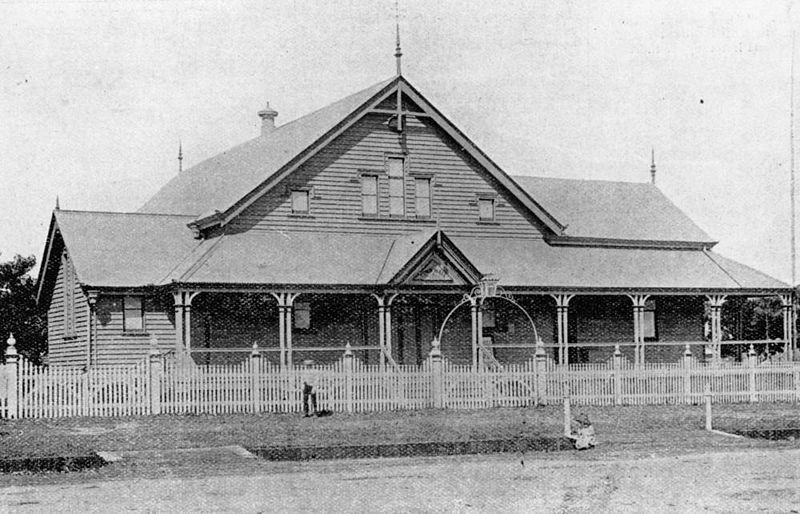 Original Sandgate Town Hall (4 May 1901). The hall burned down in 1910. from State Library of Queensland. 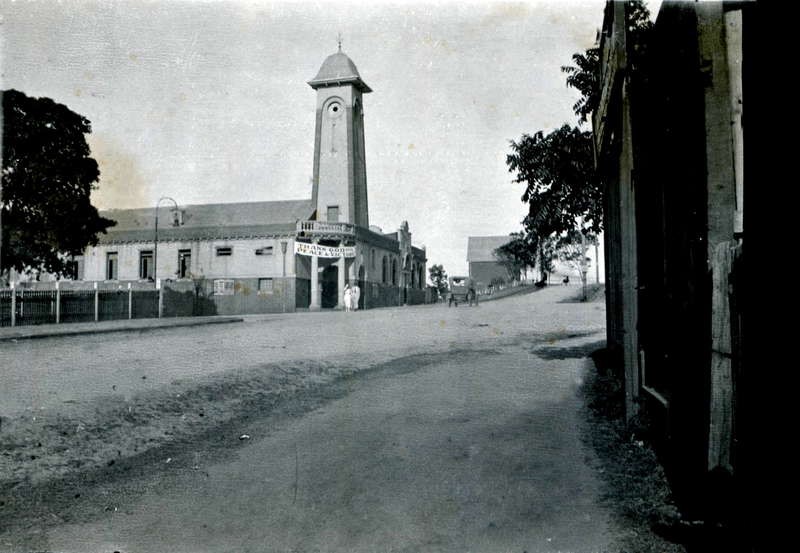